Sorry for not posting in recent months this was due to technical difficulties. Continuing on from the previous posts on the theme of individuals from the Second World War who can be viewed as real life inspirations for James Bond you have to also look at William Stephenson who oversaw British intelligence operations in the Americas during the war. Stephenson was a Canadian businessman who, in June 1940, was authorised by Winston Churchill to form the British Security Co-ordination (BSC). The headquarters of the BSC was on the 34th Floor of the Rockefeller Centre in New York and was the base which dealt with all matters in relation to SIS, MI5 and SOE, including covert operations and the dissemination of pro-British propaganda, in North and South America. [1] Ian Fleming, the creator of Bond had personal contact with Stephenson in December 1941 when he accompanied Admiral Godfrey, the Director of Naval Intelligence, on a mission to North America to liaise with American secret services. [2] Reportedly, Stephenson informed Fleming that on the floor above the headquarters of the BSC in the Rockefeller Centre was the Japanese Consulate. Apparently one evening Stephenson, with the help of Fleming, clandestinely infiltrated the consulate office and stole the Japanese ciphers to make a copy of them. [3] A fictionalised reference to this incident appeared in the first Bond novel Casino Royale where it was noted that Bond had achieved his 00 status after killing a Japanese cypher clerk in the Japanese Consulate in the Rockefeller Centre in New York.[4] Fleming was very taken with Stevenson and his operations, especially his use of advanced equipment and special spy gadgetry. Also, both men shared a ‘passion for sophisticated weaponry’ and they remained in contact with each other after the war.[5] Stephenson can be described as a larger than life individual and in 1976 he produced a detailed account of espionage work that made significant revelations about his activities in the war. [6] However, a number of histories and biographies on Stephenson and the BSC have revealed that some of his exploits were exaggerated and yet he has still achieved a near mythical status within the British intelligence community during the war. [7] This legendary status of Stephenson clearly made an impression Fleming and he admitted in October 1962 that Bond is a ‘highly romanticised version of a true spy’ and that ‘the real thing is…William Stephenson’.[8]
Notes:
1: Jeffery, MI6, pp 440‒1; British security coordination, pp xxvi‒xxviii.
2: Pearson, The life of Ian Fleming, pp 133-4.
3: Ibid, p. 134.
4: Fleming, Casino Royale, pp 64, 141‒2.
5: Conant, The irregulars, pp 84‒5.
6: Stephenson, A man called intrepid.
7: Hyde, The quiet Canadian; Macdonald, The true intrepid; Stafford, ‘Intrepid, pp 303‒17; Naftali, ‘Intrepid’s last deception’, pp 72‒99.
8: Sunday Times, 21 Oct. 1962. 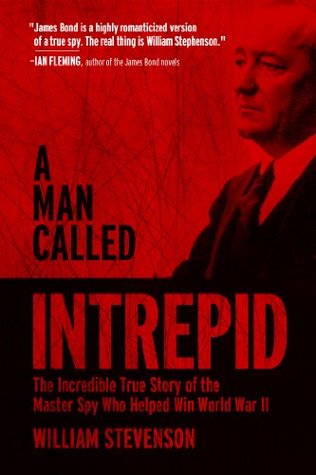 I historian of modern British history. In particular my research has focused on the activities of British secret services during the twentieth century, particularly during the two world wars and the early decades of the Cold War. In addition to this my current research has also examined the history of British spy fiction with a particular focus on the British spy novel between the late Victorian era and the 1960s. This interest is fueled by my personal passion for the secret world of espionage, intelligence, clandestine operations both fictional and factual. View all posts by Jonathan Best